7 things about Labour Law in Malaysia

1. Got protection or not?

In Malaysia, the Employment Act 1955 is the most important legislation for our labour law. It sets out the minimum benefits that employees should receive during an employment.

BUT! Did you know that most of us are not under its protection?

The Employment Act only covers

Unfortunately using your brain in the office is not considered manual labour.

In Malaysia, most employment contracts are regulated via Contract Law. Most employers generally use the Act as a minimum standard but employers are free to change terms as long as you do not fall under the category above. You will only be able to enforce benefits that are stated in your contract and nothing else. There are however some rights that you can still enforce in the Industrial Court. 2. You don’t actually need to go through Probation!

There’s actually no legal requirement for employees to be put through probation but it is a recommended practice. In terms of your rights and benefits, probationers are treated equally as confirmed employees so not to worry.  Although most people do make it pass this stage, it is very possible to be dismissed.

If you believe that you have unfairly dismissed, you can take an action against them under Section 20 of the Industrial Relations Act 1967 (IRA) where a remedy can be attained for wrongful dismissal or justification within 60 days. Essentially, you can be reinstated back into the company if you make a successful claim. This is a right that is retained regardless of the contract terms. The minimum wage in Malaysia is RM1,000 a month in Peninsular Malaysia and RM930 a month in East Malaysia and Labuan. Wages must be paid within 7 days of “pay day”. In addition to the payment of wages, employers are also required to make statutory deductions regardless of the terms of the contract. They are

In addition to making these deductions, an employer must also make contributions to their employee’s EPF and SOCSO accounts! All these contributions are compulsory and a legal action can be taken against them should they fail to do so. Even if you don’t fall under Malaysia’s labour laws, most contracts are based on the Act so let’s talk about working hours and overtime with it as our guide. According to it, all employees shall not be required to work:

Working hours can be extended but only under certain circumstances. For eg. if you worked less than 8 hours for 2 days in a week, the remaining days can exceed 8 hours to “balance” it out. The period of leisure or “break” mentioned will also not be considered if it less than 30 minutes so you have plenty of time to go makan!

For those working overtime, you are actually entitled to no less than 1.5x your hourly rate of pay! But before you go charging into HR and demanding money, do remember that only employees under the Employment Act are entitled to overtime pay automatically.

As Malaysians, there is only one thing we love more than food and that is holiday!! In Malaysia, everyone is entitled to 10 public holidays per year, four of which shall be:

The other 6 can be chosen among other recognised public holidays. For surprise holidays like when Team Malaysia wins a competition, your bosses will have to honour that holiday under the Holidays Act 1951. They can choose another day to have the public holiday but it must be substituted. We all need some time to recharge and travel to that exotic holiday destination on our bucket list. So, one of the most important information we ask when applying for a job is the number of leaves we have in a year. Here’s the number of leaves an employee is entitled to under Malaysia’s labour law.

These paid annual leave are in addition to the public holidays and rest days that you will have.

Here’s the amount of sick leave one can get per year.

If you are hospitalised, you will be entitled to 60 days of leave per year. Do take note that the total amount of hospital leave and sick leave cannot exceed 60 days. Being pregnant is hard enough. You need to buy new clothes, everyone treats you nicely and your husband must get you that extra tub of ice cream because “The baby wants ice cream”.

For all the ladies out there, you will be entitled to maternity leave regardless of whether or not you fall under the Employment Act.

Employers must also pay maternity allowance to an employee if she:

This means that employers could actually be required to pay maternity allowance to someone who has resigned before giving birth. Under S40, the employee must however notify her employer of her pregnancy if she knows she is expected to deliver within 4 months from her date of resignation. A failure to notify the employer will cause her to lose her right to maternity allowance.

Although controversial, it is actually possible for a woman to have her employment terminated due to her pregnancy if it is part of her terms of employment (see Beatrice Fernandez v. Sistem Penerbangan Malaysia & Anor [2005] 3 MLJ 681). This however does not apply to public sector workers ( see Noorfadilla binti Ahmad Saikin v Chayed bin Basirun and Ors  [2012] 1 CLJ 769). The law is still unclear as to whether it counts as an unfair or unjust dismissal under Section 20 of the Industrial Relations Act 1967 (IRA) so it seems our lawmakers have some work cut out for them.

To  all the dads out there, we’re sorry but Malaysia does not recognise paternity leave. To put it simply, Malaysia’s Employment Act  1955 does not actually protect everyone but there are some things that can done under the Industrial Relations Act 1967. The terms of most employments in Malaysia are actually decided by contract and not law. So, remember to read before you sign that piece of paper! 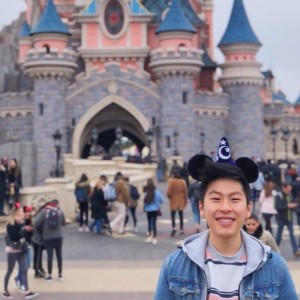 A law graduate that doesn't act like one. Disney kid at heart with a deep love for anything magical. Bribe with ice cream.